Diabetes is a Disease of Epidemic Proportions Throughout the World

According to the American Diabetes Association (ADA), 24 million people in the U.S. suffer from diabetes (over 230 million worldwide). Approximately 25% of Americans with diabetes are unaware they have the disease. Over 1.5 million people are newly diagnosed with diabetes each year.

The ADA reports that over 57 million people in the U.S. have pre-diabetes (impaired glucose tolerance and/or impaired fasting glycemia), a proven precursor to the development of diabetes.

Diabetes is the sixth most common cause of death and the leading cause of blindness, kidney failure and non-traumatic amputation.

In the United States, 1 in 3 people will have Type 2 diabetes by 2050 if current trends continue, according to a 2010 report from the CDC. The numbers highlight the need for interventions to keep the number of new cases from climbing.

The Cost of Diabetes is Enormous and Growing 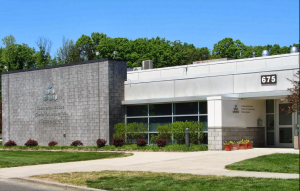 Our laboratory is one of the modern biotech modules in the New Jersey state-owned Commercialization Center for Innovative Technologies, located within the Technology Centre of New Jersey.

The laboratory occupies about 1,000 square feet of floor space, and is equipped with Class 10,000 clean room for GMP manufacturing of clinical trial materials and device prototypes.

Novanex is one of 30 life-science companies residing in this science park.